Hello dear readers of books and blogs! When last I left you, I had just moved in to my snazzy new house, was in the process of setting up a spiffy office, and was working to come up with some jazzy new adjectives to describe the whole shebang. Oh, and there was a contest to give away an ARC of my very first novel MEANT TO BE, out November 13.

Before we get to the winners, a little rundown of some awesomeness.

First, there was this Mashable post last week. Maybe you saw it? If you follow me on Twitter, you definitely did because I retweeted the hell out of it. I mean c’mon, if you were on a list of 14 Authors to Follow on Twitter, sandwiched between John Green and Margaret Atwood, WOULDN’T YOU?! I’m pretty sure the moment that list popped up on my feed I screamed “No EFFING way!” (only I used the real big bad word), and then I danced around my house. Oh hell yes I did!

I also finished getting my office set up. You’ll remember the first pictures from the last post. Well now I can show you the finished product! 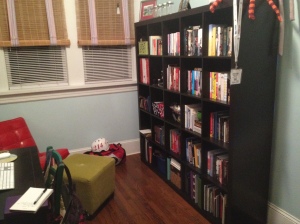 That’s where the magic happens, friends! And oh, has it been magic … I recently started a draft of a new book, and I’m having an absolutely bang-up go of it. It’s a sweet little story about finding your place, making connections, and well, yes, there’s a little romance in it as well because DUH. I’m calling it ONLY THE LONELY, and here’s a little sneak peek:

“I blame the Pop Tarts,” I muttered, before my vision tunneled to black.

Yes, that’s probably a little mean … just one line. But trust me, you guys, this one is sweet and swoony and hilarious, and I think you’re going to love it. Like I said, I’m just working on the first draft, so it’ll be many moons before it’s (hopefully) in your hands, but for now enjoy that little snippet.

Let’s see, what else … Oh! I recently got sucked into the world of The Vampire Diaries (I blame/thank Sarah and Tara for that one). I was midway through season two when I found out that the show films in Atlanta, and so I signed up to be an extra, and lo and behold, they called me! I did my first stint last week, where I got to share a scene with Ian Somerhalder and HE. TALKED. TO. ME.

And then I died.

Sadly I can’t really tell you much about it, because Hollywood would sue me for all my monies and my collection of YA novels if I were to tell you anything (drat, confidentiality agreements!), but I’ll be sure to tell you when my episode airs … well, episodeS, because I’m doing it again this week!

I do have one picture from the experience. Are you ready for this?

That’s me in the extras holding room. Or, more accurately, my super cute boots I wore in the scene, on which the sound guy has stuck adhesive foam. You see, in my scene I was supposed to be walking around (NEXT TO IAN SOMERHALDER *DIES*), and my sassy boots were click clackin’ and getting picked up by dear Ian’s mic. Enter the Hollywood solution.

Alrighty, well that’s all the news that’s fit to print at the moment. I’ll have to do another post soon about some of the awesome YA books I’ve been reading lately that you should pick up too. But before I go, A WINNER!

Congrats to Alicia, aka @Leasha_91, who keeps a blog called Shooting Stars Mag, because she’s won a signed ARC of MEANT TO BE! And a second round of congrats to Linda, aka @BookButterfly09, who’s getting an ARC of VENOM by my buddy Fiona Paul! Ladies, shoot me an email with your mailing addresses (and let me know if you want anything special written inside, or like, if you want me to attempt to draw a T Rex on the title page). You can find my email addy here on my contact page.

4 thoughts on “We have a winner! And that time I talked to Ian Somerhalder”

I write books. You should read them. Read more → 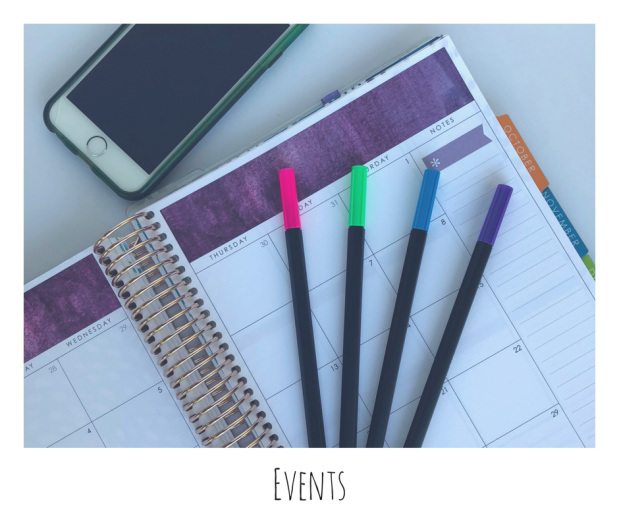